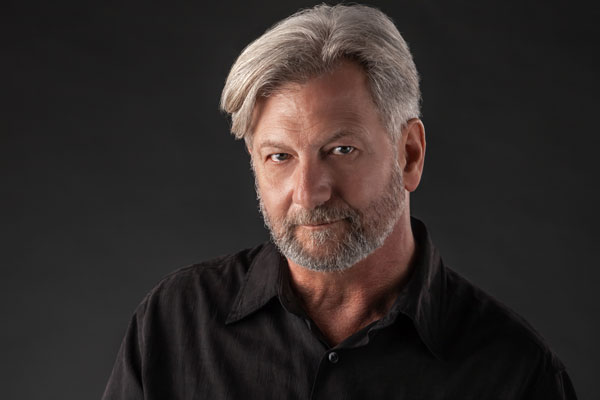 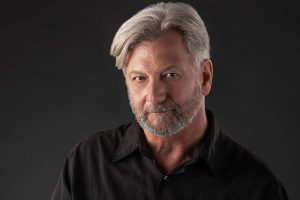 Professionally, Michael has been generating ideas and creating all forms of creative communication for over 40 years: advertising commercials, corporate videos, web series, live corporate events and shows, and television documentaries, The writer-producer-director is also tapped as a strategic creative communications consultant. He continues to perform as a voice talent behind the microphone, as well as a performer on-camera and a composer-musician. His collaborative creative approach is a blend of art, science, and instinct.

Originally from Montreal, Michael trained in music and theatre. He studied piano performance and music composition through the Royal Conservatory of Music (Toronto). His background in theatre includes studies at Concordia University, National Theatre School and the Toronto New School of Theatre. Michael also pursued undergraduate studies at the University of Alberta and the University of Victoria, focusing on English, economics and commerce.

He has won awards in Toronto, New York, Hollywood and has also received the Alberta Achievement Award.

When he is not writing, he enjoys music, movies and documentaries and continuously cheerleads colleagues in the industry.

In 1979, Michael began his career as a writer-producer with the OK Radio Group in Northern Alberta. In 1984, he accepted the position as Creative Director at CISN FM Radio in Edmonton, working with the legendary Canadian radio personality, Bob McCord. Within 2 years, Michael was one of the first in the Canadian radio industry to wear two hats simultaneously as both Creative Director and Production Manager, and the first Alberta radio writer-producer to win a Gold Medal in New York for his radio commercials.

In 1988, a chance encounter with a growing consumer electronics chain (originally Krazy Krazy’s) led to a contract as a national, television spokesperson for Multitech Warehouse Direct. Subsequently, in 4 years, he became a household face in Canada and famous for his notorious antics on camera, doing everything from performing hard-sell commercials while playing rock ‘n roll piano and guitar, to the execution of twists of reality that became the stuff of discussion for media pundits across the country. He eventually became Director Of Communications for the 54-store chain.

In that same year, Michael and Holly achieved the first of their greatest achievements with the birth of their first son, Brock!

By 1996, Michael had established his own media studio and expanded his work to include corporate videos, music and jingle production, radio features and television production. He was the first producer in Alberta to create an infomercial entertainment program with Chuck Chandler, one of the original booth announcers for Monty Hall, and his long time friend and creative associate, Keith James, better known as “Mr. Voice”, and currently an imaging voice, narrator and commercial announcer in high demand internationally (www.soundspark.com).

In 2001, Michael accepted an invitation to join “The Idea Factory” as Creative Director of the Alberta based, independent television production company. Within the first year, he had penned his first major documentary, a Life and Times for CBC Television on Jean Pare, the best selling Canadian author of the Company’s Coming book series.

In 2005, the OK Radio Group approached Michael to head up a unique project, supplying Sonic FM, a new radio startup, with out-sourced commercial production for all retail clients. By the end of the year, he had won Best Radio Campaign and Best of Show as the overall winning advertising campaign (regardless of medium) in Edmonton at the ACE Awards.

In 2007, entrepreneur Clarence Shields asked him to write the 3rd book, “The Father’s Guide to Surviving With Kids”, in the national best-selling Bachelors Guide series, which has collectively sold over 300,000 copies.

In 2011, Michael accepted a contract with Trixstar Productions to write and direct “How Time Flies: An Evening With WIlliam Shatner” – Canadian Tour 2011.

In 2013, Michael was tapped by the Edmonton Chamber of Commerce as Executive Producer for the tribute to outgoing Mayor Stephen Mandel, and subsequently, Michael was recruited as Executive Producer by the Rotary Club of Edmonton to produce the Rotary Roast for Stephen and Lynn Mandel.  From 1999 to 2015, Michael served as lead creative for the Edmonton Chamber Ball. Part of his responsibilities included the production of all the tribute videos for the Northern Lights Award of distinction recipients including Stan Milner, Tommy Banks, John and Barbara Poole, Sandy Mactaggart (Maclab) and many more.

In 2015, Michael signed a publishing deal with Gildan Media New York. He is represented by his literary agent, Dan Strutzel (Inspire Productions, Chicago). He continued to write, produce, direct and voice various campaigns in radio and television.

Meanwhile, Michael accepted a contract with Cashco Financial and was part of the team executing communications when Cashco and ATB formed a historic relationship within the sub-prime finance sector.

Wrote, directed and produced thousands of radio and television commercials, over 50 hours of corporate videos, radio features and documentaries.

Assisted the Ghermezians (owners of West Edmonton Mall) with visual creative strategies in their successful Mall of America litigation.

A promotional video for Alberta Energy was of such a high level of impact, that it was used by Alberta Premier Ralph Klein in a presentation to US Vice President Cheney.

Sherwood Dodge - The Truth in Advertising